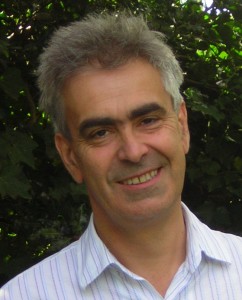 Martin Gayford studied philosophy at Cambridge, and art history at the Courtauld Institute of London University. He has written prolifically about art and jazz, contributing regularly to the Daily Telegraph and also to many art magazines and exhibition catalogues. He was art critic of the Spectator 1994-2002 and subsequently of the Sunday Telegraph before becoming chief art critic for Bloomberg News until 2013. He is now once again art critic for the Spectator.

His book about Van Gogh and Gauguin in Arles, The Yellow House (2005) was published in Britain and the USA to critical acclaim, and has been translated to date into five languages.

Constable in Love, a study of John Constable’s romance with Maria Bicknell, and their lives between 1809 and 1816 was published in 2009 by Penguin Fig Tree; he was also co-curator with Anne Lyles of the exhibition “John Constable Portraits” at the National Portrait Gallery and Compton Verney in 2009.

A History of Pictures: From Cave to Computer Screen was also co-authored with David Hockney, and was followed by Modernists & Mavericks: Bacon, Freud, Hockney & the London Painters in April 2018 and The Pursuit of Art the following year. His most recent book is Shaping the World, co-written with the sculptor Antony Gormley.

Martin Gayford is married, with two children, and lives in Cambridge, England. He can be found on Instagram at @gayfordmartin.